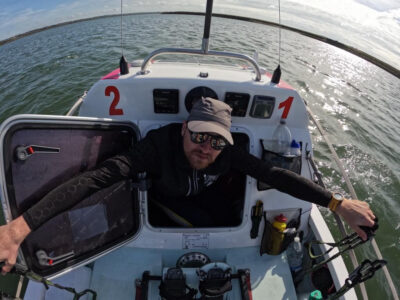 Never heard of the Talisker Whisky Atlantic Challenge (or TWAC for short)? This blog will tell you ten things you need to know about the Talisker Whisky Atlantic Challenge, and – don’t worry – we’ve written it for the non-rowing enthusiast.  Give us three minutes of your time and you will then be an expert on what it takes to compete in the world’s toughest row. We’ll cover topics from how the rowers handle the lack of sleep, to whether it’s actually possible for them to take toilet breaks while out on their 3,000 mile voyage!

1.Where did the Talisker Whisky Atlantic Challenge begin?

The Atlantic Rowing Race was founded in 1997 by Sir Chay Blyth, world famous Scottish yachtsman and rower. The Atlantic rowing races were organised roughly every two years until 2012, when Atlantic Campaigns – led by Carsten Heron Olsen – bought the rights to the Race and it became what we now know as the ‘Talisker Whisky Atlantic Challenge.’ Since 2015 the race has been held annually, starting in December.

The most common question asked about the TWAC is, “How far do the teams have to row?” The world’s premier rowing event starts from the Atlantic Campaigns Race Village, San Sebastian, in La Gomera (Canary Islands) and finishes at Nelson’s Dockyard, English Harbour in Antigua. The journey to cross the Atlantic will take around 3,000 miles, depending on the wind. It may seem like an impossible task, but just remember that when Team This Way Up arrive in Antigua they will be able to relax on a sun lounger on the beach, with an exotic cocktail in hand. Keep that for motivation!

3. Do the teams have support boats?

In short, no!  The row is unsupported, with the crews carrying all of their equipment, food and supplies on board.  They will be completely self sufficient, unless they encounter major issues, in which case rescue vessels will come to their aid.  However, they will be equipped with two satellite phones onboard and usually a device which allows them to communicate with the race organisers and family and friends back home. Even with sat phones though the connection can be tricky, so keep an eye on the #twac2022 on social platforms, for access all areas! Luckily we will be able to keep up with the lads’ progress day by day, by downloading the YB Races Tracker, which shows every boat position throughout the race.

As Team This Way Up are preparing themselves for an endurance event like no other, the training is no joke. Rowers looking to take part in the TWAC have to spend endless hours in the gym, on rowing machines and lifting heavy weights. At the heart of the training plans are team training weekends out on the water – they have to spend at least 120 hours together out to sea, rowing both night and day. This also gives the teams a chance to test out safety exercises, such as man overboard and the practicalities of filtering water.  These sessions are key to give an idea of what the reality of life on board will be, to get over seasickness and to build up a bond and camaraderie with team mates.

5.How do the rowers handle the lack of sleep?

Sleep deprivation is a normality for Atlantic rowers. To keep the boat moving, the most popular routine is two hours on and two hours off for the entirety of the crossing, giving rowers potentially twelve hours to rest in short bursts, if they are in a team of four. Some teams switch to three hours on, then one hour off in the early morning and late afternoon when it’s cooler and just one-hour stints during the heat of the day. Getting sleep isn’t always easy though, with the inside of the boat cabins being hot during the day and somewhat cramped! It normally takes rowers around three to five days to adapt to the routine of ocean rowing – much like fighting jet lag on holiday, just on a much more physically and mentally challenging level.

When you are rowing endlessly night and day, every day, for weeks and weeks, the food on board will become the highlight. Rowers need to consume 5,000-7,000 calories per day, depending on weight and their onboard diet will consist of three or four freeze-dried meals and snacks. Such as cereal bars and flapjacks. The frozen dried meals will need hot water added to them, so they are able to hydrate, before they are ready to be consumed. When the rowers are crossing the Atlantic, they typically lose up to 8kg in weight. This conveys how important it is to maintain a nutritional intake on deck.

7.Why is there so much importance on drinking water out at sea?

It is hugely important for Team This Way Up to keep themselves hydrated during the crossing. Every drop of drinking water has to be filtered through the onboard “water maker”, as the teams are entirely self-sufficient.  Keeping hydrated is the key to peak performance, but most importantly to ensure safety – here comes a little bit of sport science. When muscles are kept saturated, this allows them to burn energy more efficiently, regulate body temperature and to wash away byproducts of exertion, lactic acid as an example. Dehydration out at sea is a massive risk and may potentially cause the team to have to stop their challenge.

8.How do you take toilet breaks on the boat?

One of the most popular topics of conversation when people ask about long rowing expeditions is, “How do you go to the toilet?” The full facilities of mains plumbing are not possible on rowing boats…that said luxury yachts have luxurious bathrooms on board. Unluckily for Team This Way Up, they have to do their business in a bucket. Then implementing the ‘bucket and chuck it’ approach and making sure to empty the contents overboard. No one wants to be the team member that is the cause of the boat having badly smelling aromas on deck.

9.Who was the fastest to row the Talisker Whisky Atlantic Challenge?

Hundreds of rowing teams have taken part in the TWAC. There are soloists, duos, trios, quartets and quintets. The fastest ever row across the Atlantic was recorded by the fantastic foursome that were The Four Oarsmen. They completed the row in 29 days, 14 hours and 34 minutes – an absolutely astonishing achievement! There have also been solo rowers who have defied all the odds and created competition records. The fastest solo row across the Atlantic was recorded by Mark Slats who completed it in 30 days, 7 hours and 49 minutes. Completing the Talisker Whisky Atlantic Challenge as a soloist deserves so much praise and recognition. Here’s hoping that Team This Way Up will become record breakers!

10.Do you see much wildlife when crossing the Atlantic?

As Team This Way Up will be mid Atlantic for many weeks, they should have a good chance of seeing some wildlife. Past Atlantic Challenge rowers have reported sightings of killer whales, minke whales, dolphins, tuna, storm petrel and many other types of birds. Remarkably in 2018, a solo rower by the name of Kelda Wood was kept company on her row across the Atlantic by a whale for nearly seven days! This makes the Atlantic Challenge a unique experience with the potential to see some of the ocean’s most beautiful creatures.

You can support Team This Way Up’s chosen charity, Starlight, by donating on their Just Giving Page