The team was formed by Ollie and Ed, who met on a coral conservation project in the Philippines, in the year 2000 when they were eighteen and have remained close friends ever since. At the start of 2020, with both about to turn 40 and looking for new challenges, Ed broached the idea of doing the TWAC. The pandemic got in the way for a while, but as things became clearer both recommitted to the Challenge. We have hit a few road bumps and our original line-up has seen some changes. The challenge is a huge undertaking in terms of time and energy and life sometimes gets in the way. But, we now have the right team, with triathlete James and TWAC superfan and competitive rower Jos completing our crew. 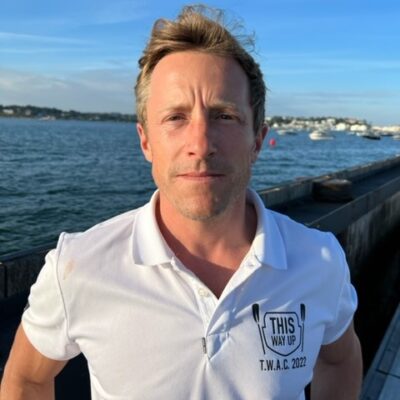 After selling the recruitment business which he had spent the past decade building in 2020, Ed found himself looking for new challenges during the pandemic. Having been a CrossFit devotee for many years, he decided to compete in his first triathlon in Bournemouth back in September 2020, then progressed to a 70.3 triathlon race in 2021.

The TWAC had caught his eye previously- as someone who loves water sports – but as a non-rower, hadn’t been seriously on his radar.  However, his experience of taking part in the Houston 150, a 150km bike ride in Austin, when he raised £3000 for a multiple sclerosis charity had planted the seed of an idea to completing more physical challenges to support worthy causes.  So, for Ed, the TWAC has become the ultimate personal challenge and way to give back and it’s his determination to take on the huge amount of planning and logistics that will get the team to the start line on December 12th. 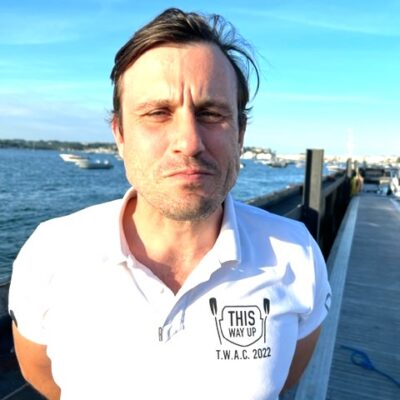 Oliver was formerly a professional polo player at Guards Polo Club, in Windsor Great Park.  After retiring in 2014, he then spent some years working in the financial services sector. He is a keen runner, having completed numerous marathons and duathlons, but his real passion is high altitude mountaineering.  In 2021, he climbed five mountains above 5,000m and reached 7,000m on Mount Everest before becoming ill with COVID19.  Six weeks after leaving hospital in Kathmandu, he and Ed won the NOMAN Barcelona to Ibiza rowing race in 93 hours.

He is the founder of True Summit Adventures, which specialises in high altitude treks and mountaineering abroad; team cohesion events in the UK and other experiences he considers “out of this world.”   In 2022 he lead groups in Tanzania, Morocco, the UK and France.  Excited by the prospect of taking part in TWAC22, he believes it will be essential for his own self-discovery and is single minded in his determination to complete the crossing.  However, this won’t be his only adventure of 2023, as straight after TWAC22 he will head straight to Ecuador for a climbing expedition, then onto Nepal, where hopefully another Everest ascent is on the cards. 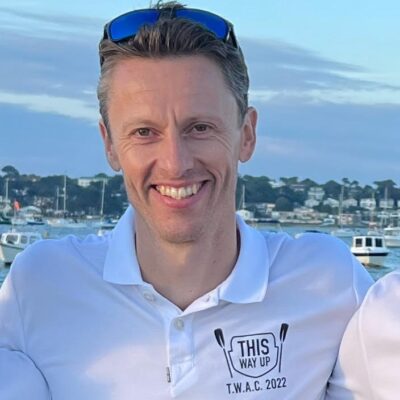 James is no stranger to endurance sports and has competed in various multi-sport, cycling and running events over the years. Between 2004 and 2014 he regularly competed in triathlon races at a high level, including world championships, Ironman and Ironman 70.3 championships in Hawaii and Las Vegas, where he finished tenth in his age group.

After his dad passed away recently, Father of two James realised how finite life can be and wanted to conquer a new sporting challenge, which is why he joined Team This Way Up to take part in the TWAC22. Despite his endurance sports experience, James is under no illusion that this adventure will be a walk in the park, because he has not taken part in such a long-term challenge before. He believes that rowing across the Atlantic will probably be more a test of his mental strength than his physical fitness and he will need to develop his own approach for the challenge. With his great fitness levels and calm demeanour James is the team member who will keep everyone steady on the water. 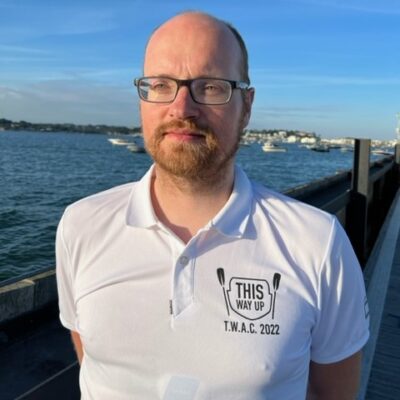 When Jos is not leading web application development projects, he can usually be found taking part in some form of endurance sport. During his youth, he found a passion for athletics and ran 1500m at national level in his home country of The Netherlands.  In 2017, he found a new sporting passion in rowing and within a year, took part in competitions at national level, winning several regatta competitions, from individual to eights.   He now also coaches talented young rowers at his local rowing club in Naarden, who will be supporting him during the Challenge.

To build his rowing fitness Jos took up cycling in 2018 and recently cycled 430km in one day with two-time world record holder and winner of the 2020/2021 TWAC, Mark Slats. As a long-time follower of the Challenge, he is more than ready to step back from the computer screen and take part, and – with his rowing experience – will play a vital role within the team’s expedition across the Atlantic. 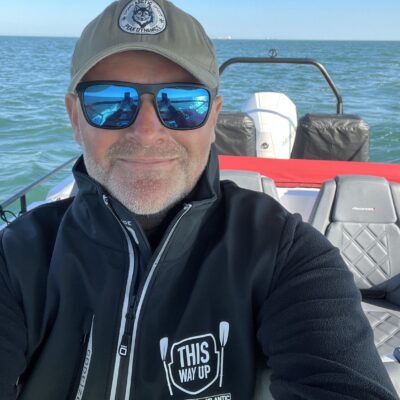 Sandy has been taking teams to the Arctic for over a decade as part of their experiential learning and development.

With his long experience in the business arena and having attended Harvard Business School, he has a wealth of knowledge and expertise in performance, mentoring and coaching. He is a leading world expert on working with and helping the next generation of families with their succession planning and development.

He has completed The Science of Endurance Training and Performance from the University of Kent – which explores the science behind endurance sports training and performance, including effective physical, nutritional and psychological preparation and rehabilitation.

We are proud to be working with the Department of Sports and Exercise Sciences at The University of Kent to prepare for the challenge.  The team there usually work with Olympic standard athletes to study and improve their fitness.  Now they are applying that learning to us, to turn us into the elite athletes that we need to be to cross the Atlantic, by reviewing and refining our training, nutrition and sleep.  In turn, our data is being fed into PHD projects to benefits future athletes. 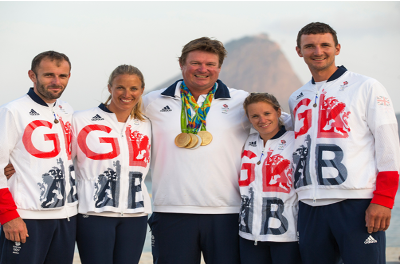 We are working with Simon Rowell, an expert meteorologist to plot our journey across the Atlantic to provide the safest and quickest route possible. Simon previously worked on round the world clipper races and very successfully for Team GB at Rio and Tokyo.